IT IS WHAT IT IS

La Caravan Dance Theatre - It is what it is - Video reel

Based on the philosophy of 13th century poet, Rumi, this trans-disciplinary performance odyssey is a fight between death & birth, climaxing with freedom, revealing the human enigma and the understanding of where we come from and where we are going.​ 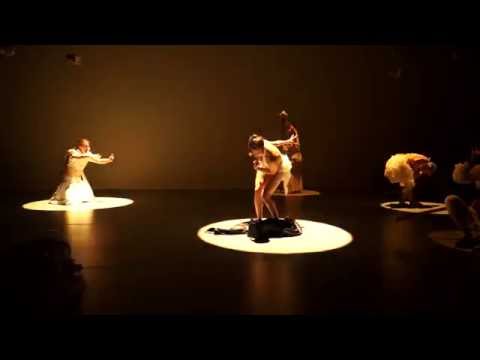 Experience the fullness of all your senses as you join La Caravan Dance Theatre in this live, trans-disciplinary collaboration which includes the use of new media and projection mapping technology in addition to poetry, original musical composition, movement, vocal experimentation, costume design and installation art.

IT IS WHAT IT IS – THE ORIGIN

A poetic weaving of words, sounds, images, movement and storytelling.​

IT IS WHAT IT IS tells the metaphorical story of the personal and collective transformation of seven characters. The piece is built from the original re-workings of thirteen poems by 13th century Sufi mystic, Rumi. These poems serve as both inspiration and scaffolding for the characters’ journey towards states of greater awareness, joy, surrender, responsibility and the recognition of autonomy & inter-dependence.​

Artistic Director Maya Lewandowsky, the performers and artistic staff used the framework of Joseph Campbell’s ‘Hero’s Journey’ and archetypes from the Tarot and the ‘family mandala’ to build both myth and the mundane into the work.​

“UNIVERSAL AND BEYOND TIME” 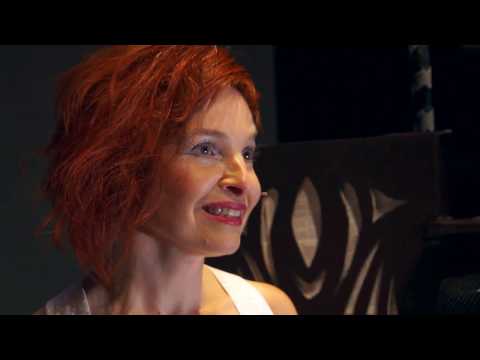 Maya - About It is what it is (Fihi Ma Fihi)

It is what (Fihi Ma Fihi) speaks to the poet, the questioner, the wonderer, in all of us. Drawing on some of the most vivid, graceful text in history, and told through the story of song, artistry and movement, the existential creature in each of us will be drawn out illuminated, tantalized and invigorated.The creation of IT IS WHAT IT IS was for me about collaboration with other talented artists. It was about together exploring and developing a new genre of integrated, trans-disciplinary performance art to deliver to you, the audience, the most powerful and potent experience possible.

The ‘lyrics’ for IT IS WHAT IT IS (Fihi Ma Fihi), written by librettist and composer Lia Pas, are all original re-interpretations of poems written by 13th century mystic poet, Rumi. Lia took English translations of the poems and re-interpreted these in order to create the libretto for the show. These poems served as creative stimulus for the development of the work. Some appear within the show in their completeness, while the essence of others are represented through movement, musicality or theatricality.​

The musical arrangement for the show is entirely original. From full, notated, musical scores, developed by Lia Pas, to melodies and harmonies that emerged out of in-studio improvisations between Ms. Pas, Maya Lewandowsky, Travis Bayley & Eric Smith or impromptu steam room vocal sessions at the Banff Centre, the sound score for IT IS WHAT IT IS (Fihi Ma Fihi) was a collaborative and multifarious effort. Much of what Ms. Pas composed at the outset was arranged and integrated by Smith with support from Bayley. Some further themes and all of the musical recordings within the work were created and mastered by Smith. Cellist Dorothy Bishop composed her solo within the work and assisted with much of the arranging and execution of the work.​

The computer is the most expressive tool I know of. I have been fascinated with the abilities of computing devices and am particularly interested in the boundaries between the physical world and the virtual. During this performance I wanted to create an environment that challenges our concept of space, time, and self; where we begin and end. Dancer, vocalist and instrumentalist transcend our typical perception, and are given new life, their perturbation emitting in the form of new beings and environments, painted by the projected light.

For IT IS WHAT IT IS (Fihi Ma Fihi), I have worked to explore theatrical shapes, while aiming to create pieces without any reference to a particular space or time frame. Working with the body as a canvas for light to play on, highlighting movement, and for inner feeling to come through, invoking the ethereal.​​

IT IS WHAT IT IS (Fihi Ma Fihi) Set Design was conceptualized to exhibit the beauty of literature both through the writing and in the physical form of the book itself. Hundreds of thousands of pages were hand folded to showcase the organic quality of paper and integrated into the set design to pay homage to the 13th century poet Rumi.​

To me, lighting design is about the art of using colour, texture, timing, source, and direction of light to help tell an otherwise unseen part of the story. Because light is such an integral part of our daily lives, it has the ability to influence our feelings and our perception in a deep, subconscious way shared by few other media. This relation between light and emotion has fascinated me my entire life and I have enjoyed delving deeper into its intricacies in IT IS WHAT IT IS (Fihi Ma Fihi).​

La Caravan’s model for collaborative work has been an inspiring and affirming platform for risk-taking – thank you for going there together team!